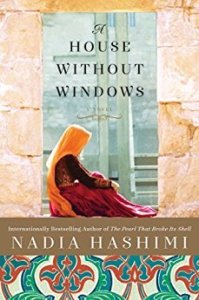 This is a story about an Afghan woman who is arrested for allegedly murdering her husband, and her American trained lawyer. It analyzes the Afghan justice system (or lack thereof) and a woman’s role in Afghan society.

It is pretty good. The story is told well and the drama and actual truth behind the murder is pieced out incrementally, which causes the holder to maintain interest in the story throughout most of book. However I was surprised at the end by the judge’s ruling and reasoning which seemed inconsistent with his character. Despite that I think the book was very enjoyable over all, except that it mostly made me feel sad. This is because I really felt sympathetic toward Zeba, the main character, and she understandably goes through a rough patch after being accused of murder.

Up next: Long Dark Dusk by J.P. Smythe – Part II of the Australia Trilogy. I’ve been waiting for this book for over a year and am glad it is finally available from the library! (Amazon | Goodreads)