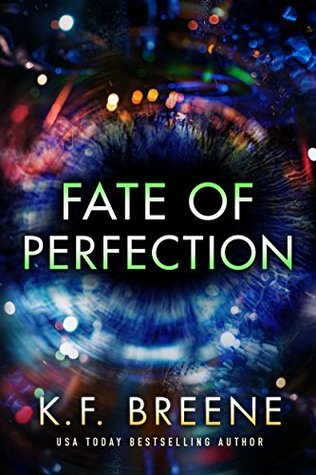 Millicent Foster is a super smart weapons designer for one of 3 conglomerates that control everything everyone does in the future. She is chosen to breed and then forms a bond with the resultant child and decides to steal her away from the evil conglomerates.

Not really, no. The story was interesting enough to get me from cover to cover, but many things left me feeling annoyed. The bantering between Ryker, master of security, and Millicent was crude, bordering on offensive. The characters kept emphasizing how super smart they were compared to everyone else, and that didn’t help make them any more relatable. Also, with everything you know at the beginning of the story, choosing to run away with your child puts your child in more danger than she would have been if you had left her there. Yet, they decided and pointed out several times that the little girl was in “no real danger”. This kind of defeated the point of her being stolen away. And aside from opening their doors, the little girl was largely ignored.

There is a slight romance to the story, but with all the awful bantering and threatening of bodily harm between the two main characters, the romance feels rather forced and annoying.

There is a second book in this series, but I don’t think I will read it.

5 thoughts on “Fate of Perfection by K.F. Breene”