Cleo is a 75-year-old librarian with a knack for solving mysteries. Her library was destroyed by a storm prior to the beginning of the book, and she has made temporary accommodations in a renovated school bus. When one of the library’s supporters ends up dead, she can’t help but follow her curiosity and try to figure out what really happened.

This book is described as a “cozy mystery” by the publisher. As such, there is nothing too violent or gross that happens in this book. There is also a lot of baking and pancakes. There are companion animals and best friends.

Unfortunately, I could not really connect with any of the characters. None of them felt really real to me, and I found myself annoyed at the cat. Cleo’s cat goes with her every where. She sometimes uses a harness, but he doesn’t like it. Wherever she parks the bus she lets him out to roam around and then he comes back when she’s ready to go. He never makes noises or uses a litter box and I’ve just never ever met a cat like him. I think the reason it bothered me is because the cat is treated as the most or second most important character so there is a lot of time spent reading about him.

Also the mystery itself felt slow to develop and the ending was completely unexpected. There’s always the chance that I missed them, but I don’t think there were any real clues pointing to the bad person. 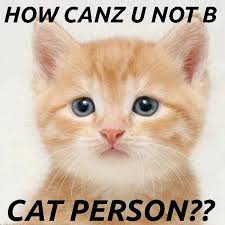